The manufacture of plasma-derived medicines is a highly technological process.
Grifols has a track record of incessantly improving and modernizing its fractionation and purification facilities. In this way, Grifols is able to maximize the safety and efficacy of the various therapeutic plasma proteins produced at these plants. 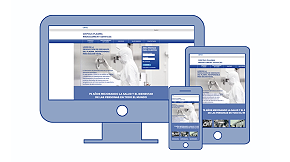 A tool developed by Grifols that improves, streamlines, and facilitates communication between the various parties involved in monitoring industrial plasma fractionation contracts. 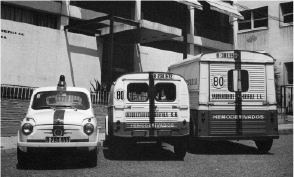 I. Grifols companies draw on a shared history that goes back to 1940, the year in which Laboratorios Grifols was founded by Dr. José Antonio Grifols i Roig, a specialist and pioneer in blood transfusion and clinical analysis. 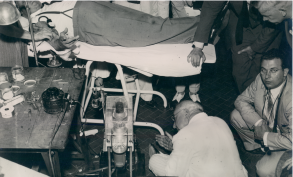 II. In the 1950s, Dr. José Antonio Grifols Lucas developed the technique of plasmapheresis. In 1958, Grifols began the industrial fractionation of plasma, and from the outset was careful to apply the highest standards of quality and safety. 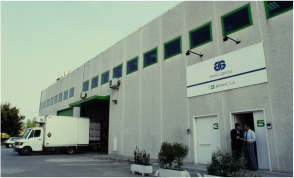 III. In 1984, Grifols initiated the program IUHP (Integral Utilization of Hospital Plasma) – in Spanish AIPH (Aprovechamiento Integral del Plasma Hospitalario) – that has allowed the excess hospital plasma in Spain to be utilized.

Over the last thirty years, Spanish hospitals have sent more than 27 million units, some 6,250,000 liters of plasma, which Grifols has transformed into hemoderivatives and then returned to the Spanish healthcare network. 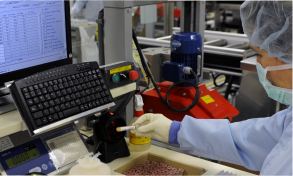 IV. Today, Grifols has over 70 years of experience in the development of plasma collection techniques and systems, as well as the production of plasma-derived products under safe conditions.

Patients in over 100 countries currently use these plasma derivatives.

Plasma-derived products constitute an indispensable group of medicines for treating a diverse range of chronic and rare diseases. Unlike other medicines, they require a long, complex production process in which safety is a crucial factor. Consequently, only specialized laboratories are able to carry out this process.

Production consistency of these medicines does not depend solely on the analysis of the final product, but also on the control of the plasma - from its acquisition and throughout the process of producing the various plasma medicines.

From obtaining the raw material to the finished product.

Grifols offers an integral solution that encompasses the logistics for the plasma – collection and transport, control and analysis – as well as its fractionation, purification, dosage and delivery of the finished product.

This integral solution is complemented with technological improvements, such as software or computer systems to control donors and the donations that they make, thereby contributing to the safety and quality of the plasma derivatives.

MODERN PRODUCTION PROCESSES DESIGNED BY OUR TEAM OF ENGINEERS

ASSURED PRODUCTION: QUALITY, CONTROL AND LOGISTICS OF THE PLASMA

THE HIGHEST LEVEL OF SAFETY:
STRICT COMPLIANCE WITH
GMP (EU AND FDA)

CAPACITY OF ANNUAL GROWTH AND CONTINUAL RENEWAL AT THE FACILITIES

SAFETY AND KNOWLEDGE OF THE SUPPLY CHAIN OF PLASMA (centers, laboratories, warehouses and transportation)

TRAINING OF GRIFOLS PERSONNEL AS WELL AS THIRD PARTY PROFESSIONALS